The Power Of Compounding Interest 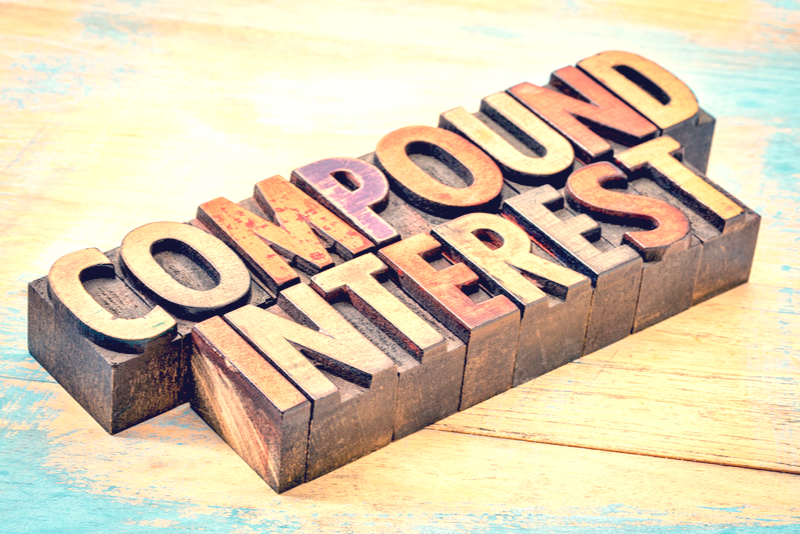 Compounding to Success in 3 Easy Steps

The power of compounding never ceases to amaze me. Whether it’s a snowball rolling down a hill, a small seed growing into a large tree, or a chant at the MCG during a Richmond game, the way that a small effort to get something started can gain impetus and grow into something huge is fascinating.

From a financial point of view, compounding works the same way. A small and regular effort can grow exponentially if given enough time. The numbers are easy to explain and the message is that the earlier you start, the longer that compounding has a chance to make a difference and therefore the better the result.

Let’s look at an example of two school leavers, just finished Year 12, both 18yo. Let’s call them Jim and Jane.

Jim sets up a spreadsheet and he works out that if he can earn 8%pa interest on his investment and reinvest it, the investment will double in size in approximately 9 years. Jane works out that at 18yo they have approximately 50 years to go before they will likely retire from the workforce, so if they can double their money every 9 years, an investment made today will double 5.5 times. That means it will be 47 times bigger in 50 years’ time.

Both Jim and Jane start working soon after leaving school and find that after 6 months, they have each saved $10,000. Jim sees a really nice car he likes and spends his $10,000 buying it. Jane also buys a car, but finds an older car that belonged to her grandmother, and spends $2,000. She invests the remaining $8,000 into her superannuation fund which she estimates will earn 8%pa based on past performance. Over the next 50 years, Jim and Jane have similar investment habits. But, because Jane put that $8,000 into Superannuation at the start, when they retire it will have multiplied by 47 times, meaning she will have $376,000 more than Jim.

That’s quite a difference at the end, caused by the power of compounding. What’s really interesting is how the numbers change with a little tweaking. For instance, if the investment can earn 10%pa instead of 8%pa, the growth over 50 years is 117 times. That means that Jane’s extra $8,000 would be worth an extra $940,000 at retirement……. Crazy!

Now this is all just simple maths, but the reality is that it is easy to re-create in real life. It only requires three things.
Firstly, save some money in an investment vehicle like superannuation or a managed fund.

Secondly, choose an investment option that will generate a healthy return over the long term (don’t panic over short term fluctuations). Shares and property are the most likely investments that will give you a higher return. Look to diversify the investment by pooling with other investors to reduce the risk of permanent losses.

Thirdly, reinvest the earnings and give it time to grow. The longer the better. In the example above, the difference between Jane and Jim after 32 years was only $94,000. The next 9 years produced another $94,000 and the last 9 years another $186,000. It is the power at the end that counts. If you don’t start early enough, you never get there.

We are always keen to help young people establish a savings plan to help set them up for future financial security. It’s not the size of the pay packet that counts, it what you do with it. If you want some help to set a path to financial security, give us a call at Potts & Schnelle on 02 60332233 and come and see one of our financial planners.